From “Fairy HQ” in Huddersfield, Fairy Bricks work with hospitals throughout the country to deliver LEGO sets for patients and their carers, bringing some joy in what can be troubling times.

The new website design makes use of the playful nature of Fairy Bricks, with bright, appealing colours, and plenty of photography.

The website now provides a central point of information on what’s going on, as well as acting as a pointer for donations and volunteers. It also highlights Fairy Bricks’ annual LEGO show fundraising event in Manchester, Bricktastic. The charity was also behind the world’s largest LEGO mosaic in Billund, Denmark, home of LEGO itself! 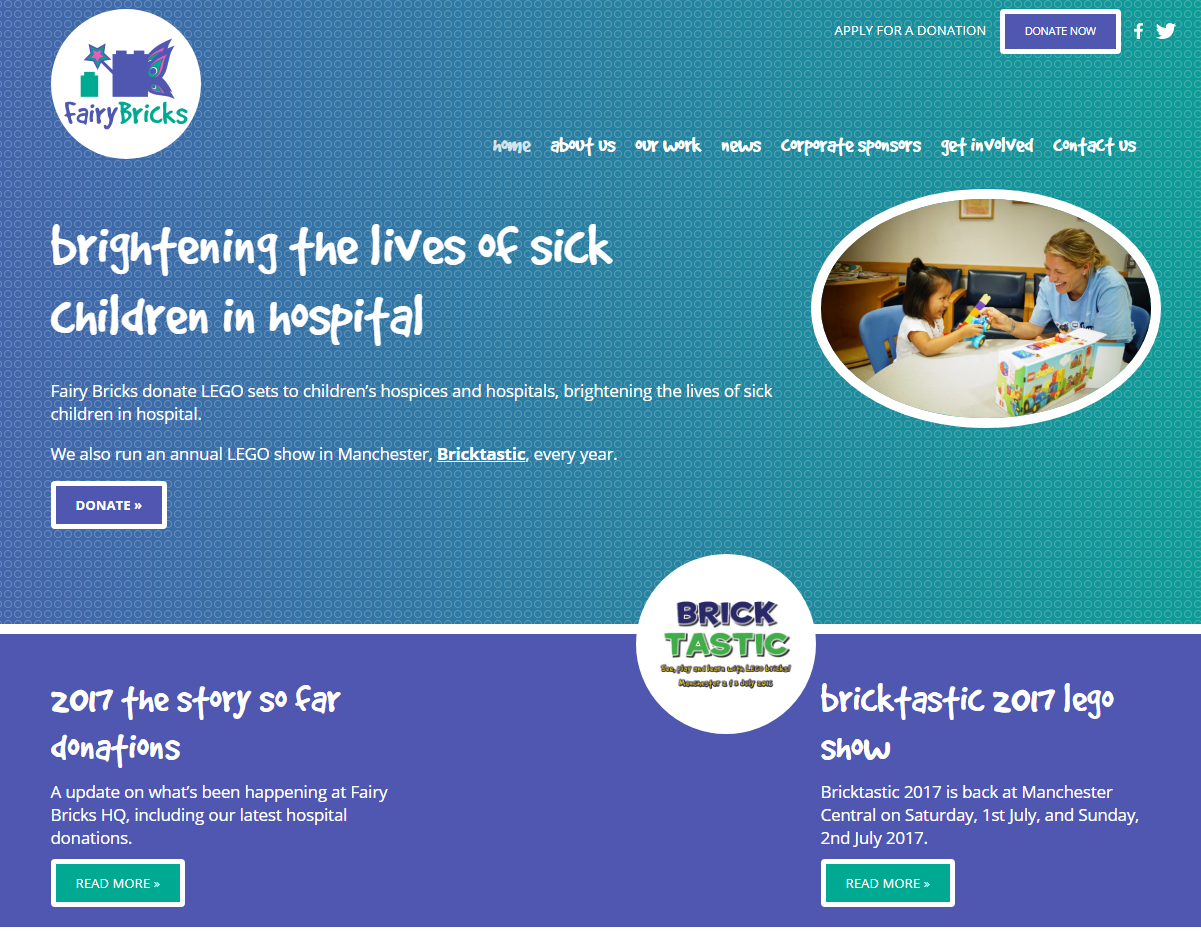 The website is powered by WordPress, allowing the charity’s team members to add and update content as they wish without hassle.